The Centre for Research into Environmental Science and Technology is a partnership between the University Centre Shrewsbury and Reaseheath College. It was set up to develop and increase the productivity of environmental science and technology businesses in the area.

An investment of almost £1.2 million from the European Regional Development Fund (ERDF) and almost £800,000 from the University of Chester led to the development of the centre. It focuses on innovation and R&D support for the Marches’ environmental science based SMEs, with the aim of addressing the Marches’ productivity challenges.

The centre works with SMEs in the county, including Telford & Wrekin. Support is provided through research and specialist advice, helping SMEs to develop innovative ideas and products before bringing them to market.

CREST is supported by an Industry Advisory Panel who provide recommendations, independent advice, information and direction to the project. The panel consists of experts from all areas of industry including environmental, manufacturing, consultancy, energy, and the council. More information about individual members of the panel is provided below.

Adrian, an industrial chemist, with an MSc in Management Studies, has worked within the manufacturing industry for almost thirty years.

Adrian has a number of business interests as well a passion for nature and the environment. He is currently Chair of the Marches Nature Partnership and a Shropshire Wildlife Trust Trustee.  Previously, he Chaired the UK Aluminium Industry trade association, the Aluminium Federation, and was the previous Chair and one of the founders of the Meres and Mosses Business Environment Network.

Andy is Chair of the Marches Business Environment Networks and the Environment & Sustainability Specialist for Ricoh UK Products Ltd;

part of a global organisation, where he has worked for over 30 years. A proven leading sustainability practitioner on a local, national and international basis, he is a subject matter expert on the circular economy and has a thorough understanding of strategic long term goals for sustainability.

Andy’s objective is to encourage environmental best practice; demonstrating to businesses, academia and policy makers that environmental impact reduction and commercial benefits are synonymous with sustainability, being widely achievable through collaboration 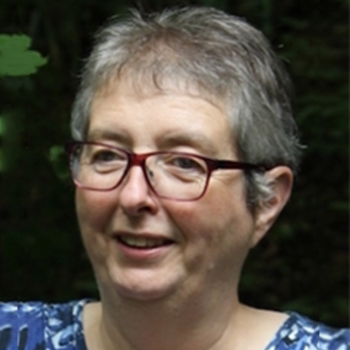 Anne was the Defra appointed Chair of the English Severn and Wye Regional Flood and Coastal Committee from April 2012 to June 2018.

She is also a member of the West Midlands Forestry and Woodland Advisory Group. She was previously an EA appointed member of the Severn Trent Regional Flood Defence Committee for nine years. Anne has a degree and PhD in Environmental Science and was a principal lecturer in Geography and Environmental Science at the University of Wolverhampton. Anne was also Director of Learning Innovation and Professional Practice at Aston University. She is a Fellow of the Royal Geographical Society and Principal Fellow of the Higher Education Academy.

Mandy is the founding director of E4environment (est. 1999), an environmental consultancy specialising in waste management and renewable energy for both private and public sector clients.

She has a background in the farm and food sector, has worked on large scale waste strategies and in the past 20 years been involved in the development of many Anaerobic Digestion sites.

She sits on the environmental technical panel for the Anaerobic Digestion and Bioresources Association and has spoken at a number of national events on planning and permitting for AD.  She is a member of the Shropshire Council Business Board and is the task champion on the Low Carbon Economy, reporting to the Marches Local Enterprise Partnership.

She is currently study for a PhD on “Adding evidence to decision making regarding cover and catch crops” sponsored by Waitrose.  Her mission is to save the planet! 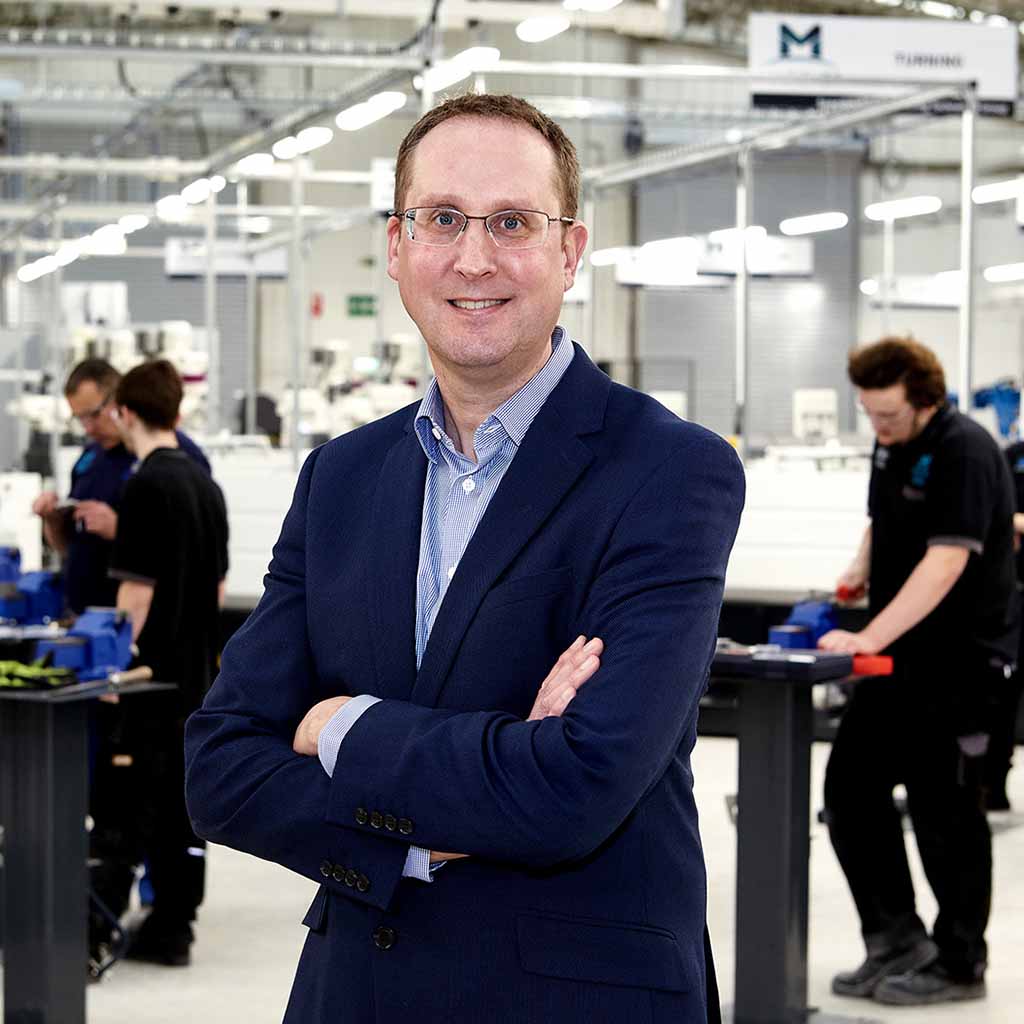 Matthew is an Executive Manager at Grainger and Worrall Ltd, a manufacturer of high integrity castings, supplying F1, the high performance automotive sector, aerospace and defence.

Currently heading up the Quality, HSE, and Process teams, he has a strong focus on developing the employee base through intensive training, development and IT. Matthew is also Managing Director for the Marches Centre of Manufacturing and Technology CIC, based in Bridgnorth.

Matthew is a chartered engineer, holding the Halifax Prize for top MBA graduate from Manchester Business School, and is a member of the Regional Advisory Board for the EEF. He lives in Pontesbury, and has been Shropshire based for some 20 years.

Having trained in Town and Country Planning, Colin worked with various environmental organisations in the public and voluntary sector throughout the East Midlands in the early 1980’s. .

This was followed by five years in the South Pennines as Deputy Director for the Groundwork Trust, undertaking a wide range of large and community scale landscape initiatives.

Over the past 25 years Colin has worked as CEO for the Shropshire Wildlife Trust, an organisation with 11000 members, 100 supporting businesses and over 600 active volunteers. Responsible for managing a significant number of nature reserves and working with many private landowners and farmers; landscape scale programmes have included the establishment of the ‘Back to Purple’ scheme on the Stiperstones, attaining Nature Improvement Area status for the Meres and Mosses of North Shropshire and South Cheshire, and a wide array of River catchment initiatives within the Severn Basin related to natural flood management and water quality improvements. 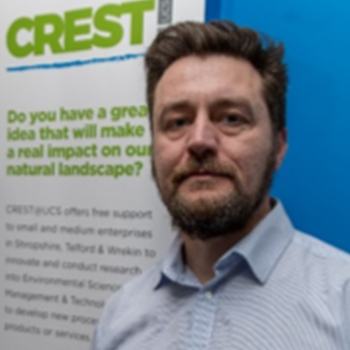 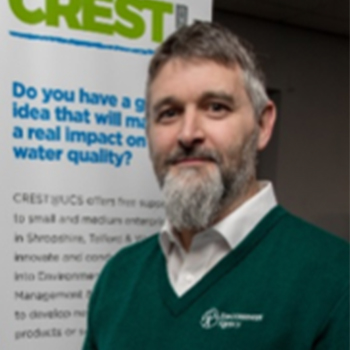 His early career saw him working as a gold exploration geologist in Australia followed by a period working for a hydrogeology consultant in the UK. He is currently employed as a Catchment Co-ordinator for the Environment Agency where he’s worked for 15 years.

His current role a the EA involves providing support and training for Environment Officers, but his main objective is working to develop partnerships and project ideas within the Catchment Based Approach initiative in England, as well as managing environmental projects.

Through hard work and a creative and innovative approach, Guy has overseen the development of the successful award winning Love Your River Telford project model for addressing urban water quality issues; a model that is now gaining recognition for its achievements, and one that is starting to be implemented in other towns and cities in England.

Mark started a company called Powerpacks UK Ltd in early 1990 as a result of being made redundant.

Powerpacks was formed to manufacture custom build battery packs and as Assistant Managing Director, Paul merged with a battery company called Allbatteries in 1997.

Simon is Head of Projects, Research and Innovation at Reaseheath College, one of our delivery partners.

He has been involved with the energy sector for the past 25 years. Much of this has been in project development and consultancy relating to renewable energy resources such as landfill gas and biomass.

After university, Simon moved to The Cranfield Institute as a Research Assistant investigating erosion and corrosion in fluidised beds. He then went on to be a Marketing Manager at ETSU, who oversaw the UK’s R,D and D programmes on energy efficiency and renewable energy. In 1992, Simon was seconded to work with the European Commission in Brussels, which led to him establishing a consultancy business in the city.

Since 1997, he has worked for the European Commission in the evaluation of R, D and D proposals submitted to Horizon 2020 and the earlier R&D programmes (FP5-7) in areas such as bio-based industries, renewables, CCS, smart grids, smart cities, and green transport.

Simon grew up just outside Oswestry, left for Birmingham when he was 18 and has since lived in Cardiff for 11 years before moving back to the beautiful borderland of Shropshire in 2007.

Matt is the Managing Director for Caterpillar Reman in Europe, responsible for the UK, France and Poland.

He’s based in Shrewsbury, Shropshire, at the site which currently employs approximately 360 people, as part of the remanufacturing, components and work tools division.

He lives with his wife and two daughters in Ironbridge, Shropshire, where he’s renovating an old farmhouse. Matt is a governor of the local primary school, leading on the sciences and finance committees.

Off the back of continued high quality works and strong value for money principles it has grown as a company to employ nine staff and provide advice and project support to various organisations. These include central Government (Defra), multinational waste management companies (e.g. Veolia), management consultancies (e.g. Deloitte), numerous local authorities and other bodies such as WRAP and GIB. They also work for a range of international clients (South Africa, Egypt, Cyprus, Indonesia, Australia and India).

Paul has also developed an environmental reporting service called Credibly Green which allows the company to apply its skills into broader environmental fields and help businesses and other organisations (e.g. schools or events) measure and manage their impacts, improve their corporate social responsibility and develop their commercial opportunities 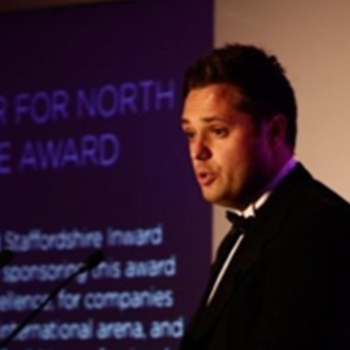 Matt is currently employed by Shropshire Council as Business Growth and Investment Manager. He is leading on the delivery of an effective account management process, growing the reputation of Shropshire for investment and business activity. 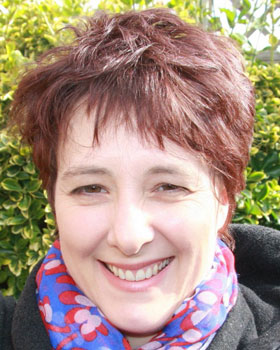 Hannah is an Environmental Consultant working from Shrewsbury, Shropshire and providing professional, independent advice in contaminated land and hydrogeology.

She currently works as an independent environmental consultant working with public and private sector organisations across the UK and internationally, either directly or as a sub-consultant to other environmental professionals.

Hannah first began work as an environmental consultant after completing an MSc in 1996, and has worked across a broad range of projects both nationally and internationally. She has worked as a hydrogeologist for several companies, rising to Technical Director and then Director level before starting her own consultancy in 2011.

Roy is Professor of Environmental Sustainability at the University of Chester.

He is a geographer whose 40-year research and teaching career has covered a variety of environment and landscape issues, and currently focuses on responses to climate change in Cheshire, England and badland geoecology in Almería, Spain. He has published more than 70 journal articles, books and reports and given numerous press, radio and TV interviews in the UK and internationally.

He has supervised 10 PhD and MPhil students to successful completion and has run an MSc in Sustainability for Community and Business. His direct research grant income totals more than £250,000 and he has been involved in acquiring some £750,000 research and development money for Ashton Hayes.

Roy has been involved in long-term action research with the Cheshire village of Ashton Hayes where he co-chairs the award-winning Going Carbon Neutral project and chairs the Community Energy Company. He managed annual domestic carbon footprint surveys from 2006 to 2010 and in 2015, and he led a feasibility study of renewable energy-based microgrids.